A Shout-out to Our Kids

A Shout-out to Our Kids 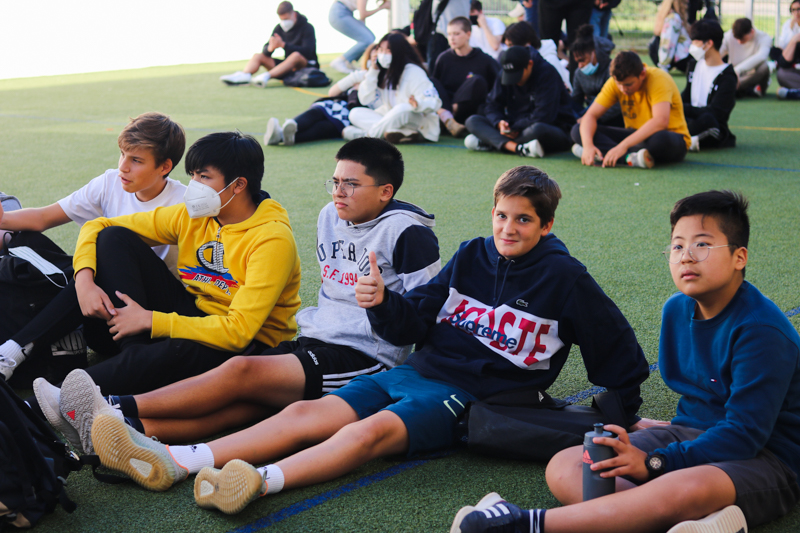 Okay, I just can’t help it. I know that I shared just a few weeks ago about the good things that I see our kids do, but I’ve got to say something again. As you know, we don’t have a lot of outdoor space, so there are times when these places are at a premium. Unfortunately, when we reach the building phase of our new school building project, space will become even more difficult to find.

Well, this past week we had a really rainy day. My window overlooks the basketball court, and for some reason, I had my window open, and I was watching a couple of kids shooting hoops and another group hitting around a volleyball. Ms. Fitcher, our Elementary Principal, walked down the steps and over to the volleyball players. I overheard her tell them that she had a group of second-graders who needed a place for recess. Normally they play on the other side of the school in the grassy area, but because of all the rain, it was all wet and muddy. She asked if they’d be willing to move onto the soccer field area, allowing the little guys a chance to run around during recess.

Our kids immediately began to move. There was no argument about it being their time to use the space or any bad attitudes about having to give up the small piece of land that they had claimed to hit the ball around. I was really struck by just how maturely they handled the disappointment. Their sacrifice made it possible for a group of wiggly elementary students to get some of their energy out before returning to their studies.

Jesus made sure that His disciples understood the importance of allowing children to come to Him. He even went as far as to say that “if anyone causes one of these little ones – those who believe in me – to stumble, it would be better for them to have a large millstone hung around their neck and to be drowned in the depths of the sea” (Matthew 18:6). At ICSV, we place the highest priority on valuing our youngest children, for they are created in God’s image and were welcomed by Jesus Himself to come to Him. We can do no less.