Grumpy, and Proud of It 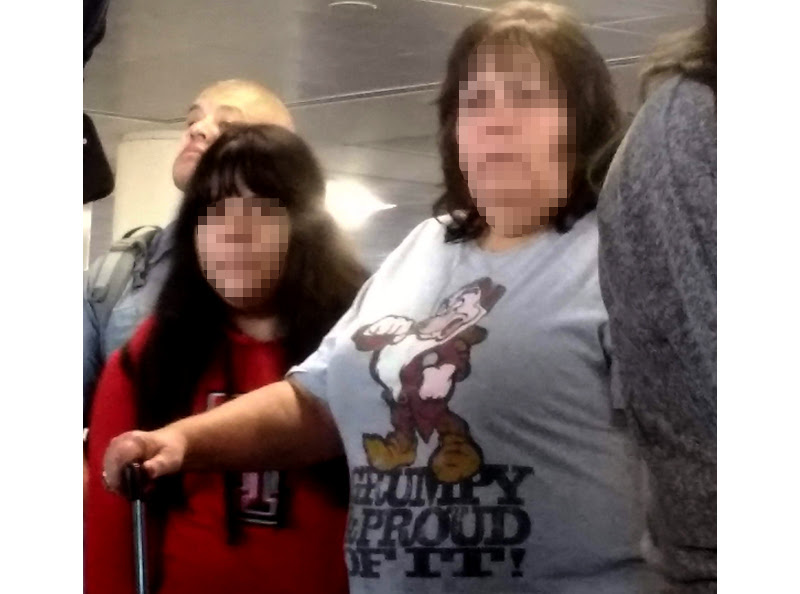 As I mentioned last week, I took 11 flights in less than three weeks while on my trip to the US. This week, I’ve taken two more flights, as I’ve spent the week in Albania leading an ACSI Accreditation visit to one of our sister schools there. Flying isn’t exactly my favorite thing. I love the excitement of the comings and going in airports because they remind me that people are going places and seeing people that they haven’t seen in a while. The reason I don’t like flying is because I tend to get motion sickness, so landing is especially hard on me. I always make sure there is an airsickness bag in my seat pocket and I turn the little air vent up as high as it will go in order to get me through it.

Even so, if I want to be able to visit people and places, then I just have to endure the relatively short period of nausea that comes with air travel. During one of my many times of waiting in an airport lounge on this past trip, I noticed this woman with her daughter waiting in line. I just had to take a picture of them. The mother’s tee-shirt said, “Grumpy, and Proud of It.” After I noticed the shirt’s message I looked up at her face. She had one of the most grumpy looks that I have ever seen! She was even borderline angry! If I remember correctly, nothing was wrong with the timing of this flight. It wasn’t like we had waited there for hours or anything. Everything was normal for the process of boarding a plane. It was all that I could do not to laugh aloud at her and the appropriate message on her shirt!

It got me thinking about how I was handling the stress of so much travel. I think it was while I was going through security for my next flight that the man checking my passport with my boarding pass took a while looking at my picture and then looking back at me. It has been eight years since my passport was issued, and that was during a time when I had tried to grow my hair longer and had a perm. I can be honest and say that the picture really doesn’t look anything like me. So I said to the serious-looking security officer, “I’ve aged since that picture. But I do think my short hair makes me look younger.” I smiled at him and waited for a response. He surprised me when he smiled and said, “I agree. It does make you look younger.” ☺ I laughed and thanked him. Then off I went to have my bags and body screened for explosives.

We will oftentimes go through times that are stressful or frustrating or even that make us physically sick. We can react like Miss Grumpy Face did and make everyone around know that we are not happy, or we can make the best of the situation. We can even use it to encourage others who may be even more upset or bored or angry than we are. People are watching and we can make a difference just by our attitude.

I think I’ll save the story of the 50 veterans, 25 of which were traveling in wheelchairs, that were on my flight from Baltimore to Dallas for another time. All I’ll say is that I actually did laugh aloud that time. Can you imagine the look on the faces of the security officers who had to scan that many people in metal chairs! All I could say was “Thank you for your service.”