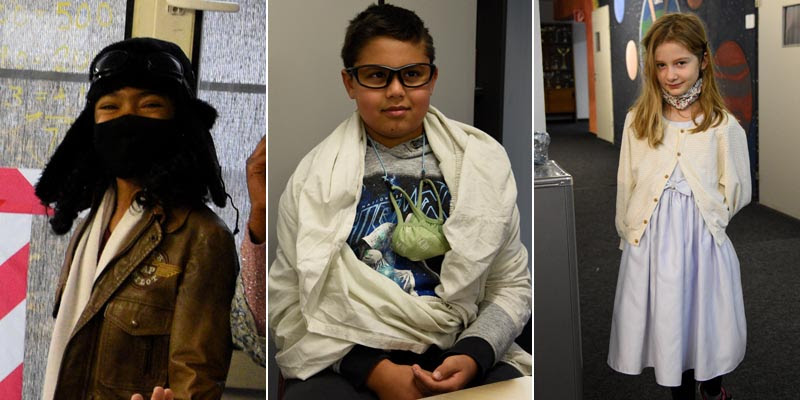 Have you ever picked up an old photo album and showed the pictures to your kids? They might have responded with, “Who is that? It looks just like you, Mom,” or “Wow! I look just like that person. Who is it?” People seem to have a natural curiosity about who they are and where they came from.

This week, the United States celebrated Veterans’ Day and the United Kingdom acknowledged Remembrance Day. I’m sure that there are similar days around the world, where we take time to remember those who have gone before us and who have made a difference in the world, especially those who have served in the military. You may also be familiar with quotes, such as, “Never forget,” or “Those who do not learn history are doomed to repeat it.” These memorial days help us to stop and remember the importance of honoring our loved ones who may have dedicated their lives to serving others or may even have died defending their country’s freedom.

Our elementary children took Friday to dress up as historical figures. They chose people like Amelia Earhart who was the first woman to fly solo across the Atlantic, Albert Einstein who was the German physicist who developed the theory of relativity, and Helen Keller who was the first deaf and blind person to earn a bachelor’s degree and who went on to become an author and activist. In a way, by remembering them, and even choosing to bring them to life today, they were honoring them for how they lived their lives. Some made great contributions to science; some rose above adversity to advocate for change for others. And some lived a live that inspired us not to be afraid of our circumstances, but to live life to the fullest.

Several students chose Mahatma Gandhi as their historical figure. He is known for choosing non-violence in his campaign for civil rights. Gandhi once said that “the future depends on what we do in the present.” If we stop to think about it, we are right now living the history of future generations. Just as those who have gone before us, let us choose to make a difference through sacrifice and service to others. We study history so that we can learn from it. We remember the contributions of those in the past, and we honor those who have had a part in making the world what it is today. Let’s never forget that we are who we are because of those who have gone before. And we are in the process of writing history for future generations.