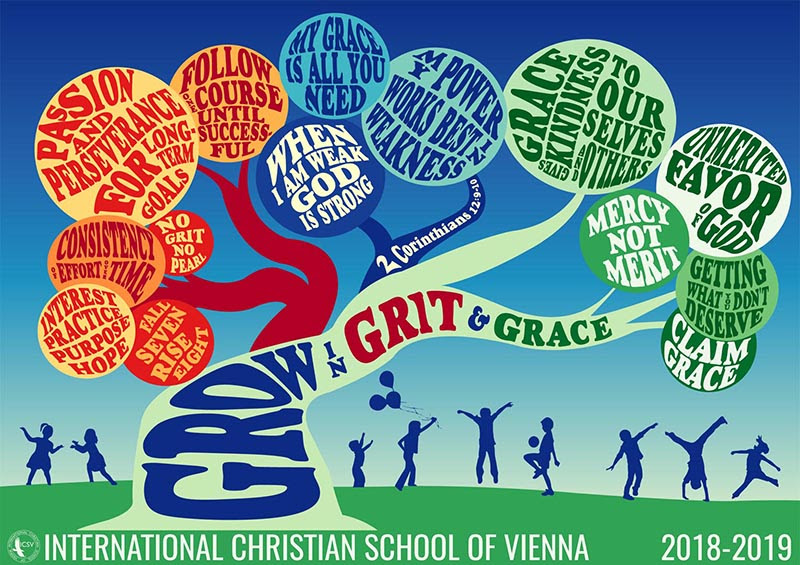 This year in elementary chapel we have been going through seven intellectual virtues that describe what it means to have intellectual character. The school setting is the perfect place to define, explain, and then acknowledge when our students exhibit these qualities. So far we have covered courage, carefulness, tenacity, fair-mindedness, honesty, and humility. Our last characteristic is curiosity.

I volunteered to speak about this one, for I was a very curious child. When I first encountered a classmate who couldn’t speak English, I was intrigued, for I couldn’t figure out why his name was spelled with a J (José) when it was pronounced like an H. When I learned that not all number systems are created using Base Ten, I went out and created my own number system. When I was in sixth grade, we had a separate science teacher for the first time. He had us collect little bottles and regular household ingredients to make a sort of homemade chemistry set. We then set about mixing certain ones together to see what would happen. I loved making different colors or setting off a chemical reaction that gave off smoke. Why did these thing happen?

Maybe you demonstrated this quality or have a child that drives you nuts with all of his “why” questions. Curiosity can be defined as inquisitiveness. It’s the desire to learn about things by asking questions. It includes investigating and exploring in order to find answers. Scientists tend to be naturally curious, for they want an explanation for things and wonder what would happen if something changed. Without curiosity, we wouldn’t even have the field of science. Many people think that many of the early scientists didn’t believe in God, but were looking for an explanation for things in the natural world. My understanding is that there were many Christians who took to the study of science because they wanted to better understand God’s creation.

There is a US TV show called The Big Bang Theory that is about a group of physicists and an engineer who are brilliant academically but lack in social understanding. One of the main characters, Sheldon, is a self-proclaimed atheist. There is a spin-off show that shows Sheldon growing up. In one episode, a young girl dies, and Sheldon’s mother, who is a strong Christian, finds herself questioning God and why this could happen. She is sitting outside on the front porch looking up at the stars wondering if there really is a loving God out there, when her young son interrupts her thoughts. He turns to logic to help her with this crisis of faith. He asks her, “Did you know that if gravity were slightly more powerful that the universe would collapse into a ball? And if gravity were slightly less powerful, then the universe would fly apart, and there would be no stars or planets? It’s just that gravity is precisely as strong as it needs to be. And if the ratio of the electromagnetic force to the strong force wasn’t 1%, life wouldn’t even exist? What are the odds of that happening all by itself?” His mother explains that she didn’t need logic for what she was struggling with. Her problem was in her heart, not her head. Sheldon replies with “There are five billion people on this planet, and you’re the perfect mom for me. What are the odds of that?” His mother finally got it. Nothing in life happens by chance. It is all orchestrated by a Sovereign God who loves and cares for us.

I am so glad that God created us as curious people. Without curiosity, we wouldn’t have any of the inventions that we have today like the telephone, the computer, vaccinations, or even eyeglasses. Man wouldn’t have invented the printing press that brought the Word of God to everyone in his or her own language. Curiosity – I encourage you to keep searching for mystery and asking those tough questions, not being satisfied with easy answers. And I especially encourage you to never lose the innocent curiosity that we had as children that brings about such joy when we discover a new truth about God and His creation. Have a great weekend exploring!

Because of His Faithfulness,
Sharon Brobst, Ed.D.
Director