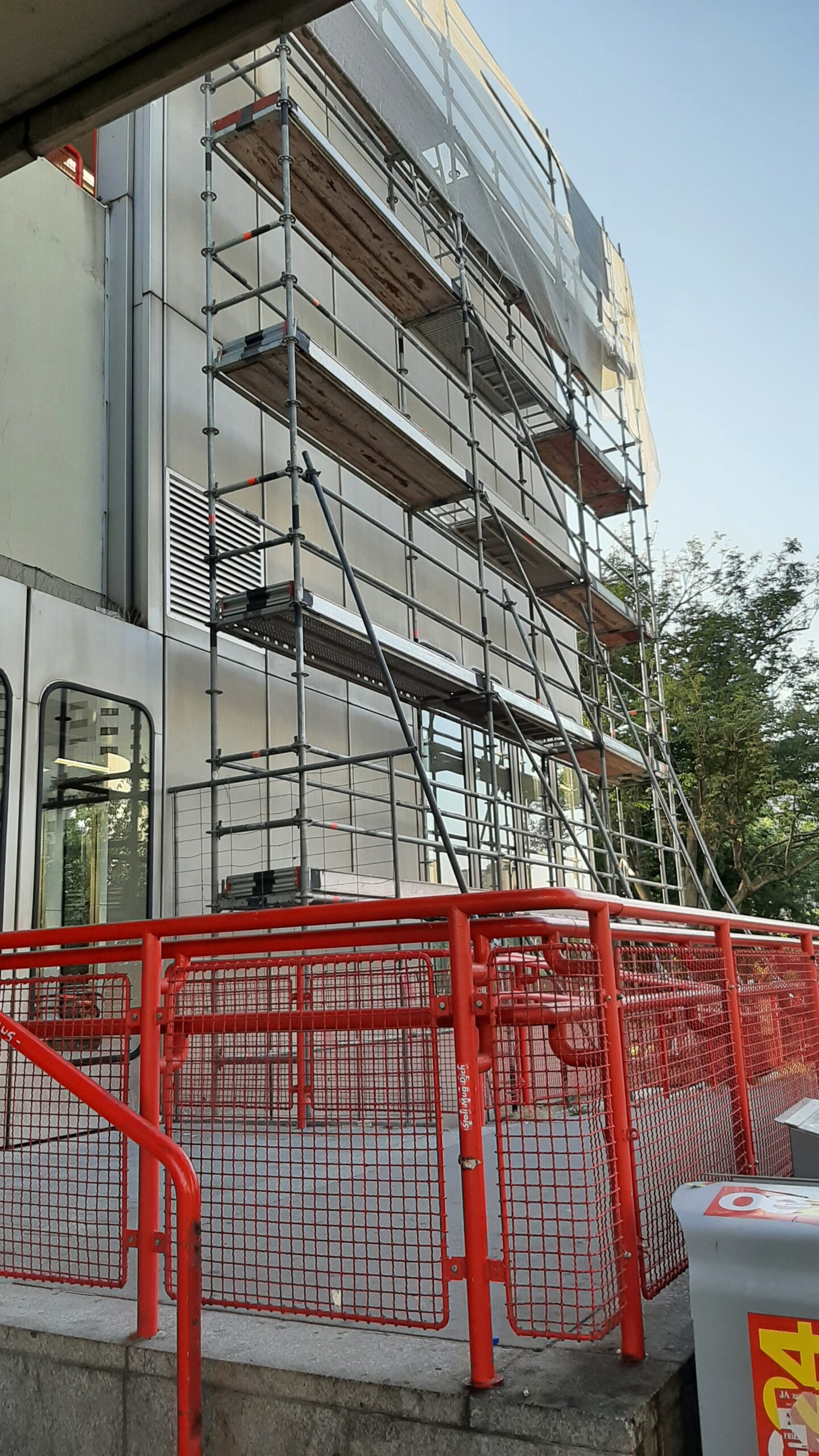 On my way to school today, I noticed two workers at my U-Bahn stop putting up scaffolding. One was on the ground handing wooden planks up to the other worker who was high up on the second level. It got me thinking about my father-in-law, Harry. He hated just hanging out. Whenever he visited us or we went to their house, he would have my husband, Greg, help him with some type of project. Many times the project was really a one-man job. Greg would just stand there and hand him a hammer or a screwdriver when Harry could easily have just picked it up himself. I suppose that putting up the scaffolding could have been a one-person job, too, but by working together, the job went faster and no one had to exert too much energy and time with all that climbing.

Do you think that’s why Harry insisted on having a “helper” all the time? Or maybe he just wanted to hang out with Greg and this was the only way he knew to do that. Here we are years later and in many instances, technology has taken the place of hanging out. It is sad to watch kids sitting next to each other with each staring at his or her own phone. We have been trying to get back to the times at ICSV when we just hung out together. In middle school, the kids aren’t allowed to pull out their devices at lunch until they’ve finished eating at about the 20-minute mark. Then we encourage them to go outside and run around and play.

This Friday is our first high school Coffeehaus. No one drinks coffee. It’s just a time to hang out and enjoy each other’s company. Staff and students engage in friendly competition on the soccer field and the basketball court. Some play games like our giant Jenga which was used to introduce this year’s theme. Our prayer is that the community will start to connect again. Who knows? Maybe this is our version of handing someone a hammer. Just being there in case they need us. Just being in close proximity. Just showing that we care enough about the other person to spend time with them. Just hanging out.