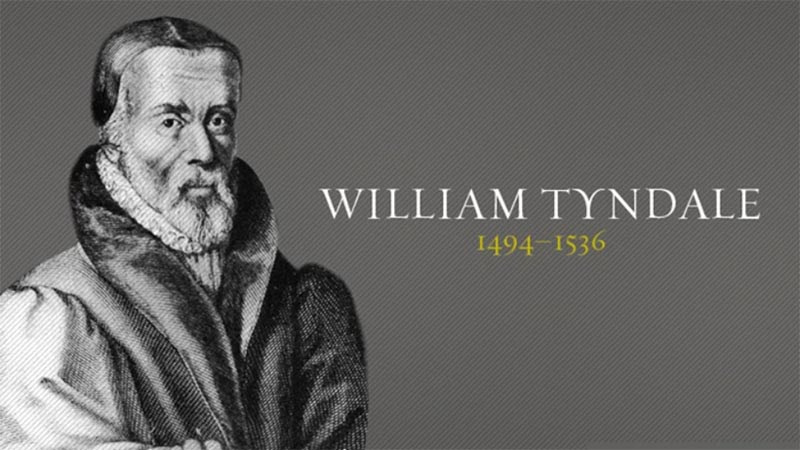 At our All-Staff Meeting this week, I shared with the staff on the topic of being persecuted for one’s faith. I told the story of William Tyndale who died on October 6 during the year 1536. He believed that his purpose on earth was to translate the Bible into English so that his fellow-countryman could read about salvation by grace alone in their own language. He was condemned as a heretic and sentenced to death. When he refused to recant his faith, he cried out, “Lord, open the King of England’s eyes!” For all of us English-speakers, we can be thankful for Tyndale’s faithfulness in his mission to provide us with Bibles of our own.

Today, persecution continues around the world. Christians are being asked to recant their faith or risk loss of employment, family, or even their life. Even those of us who live in the safety of the western world are tempted to soften the Gospel message so as not to offend anyone. With the progressive agenda of the day, we may find ourselves keeping quiet about the parts of the Bible that are not popular, or we may be tempted to modify our worldview based on what modern culture tells us is correct even if it contradicts the Word of God.

I have several quotes hanging over my desk. One quote by Charles Swindoll from 2002 says, “This is no time for a deliberate softening of truth, to make Christianity more palatable to unbelievers.” A second one by A.W. Tozer written between 1897 and 1963 says, “A faith which passively accepts all of the pleasant verses of the Bible while it overlooks or rejects the stern warnings and commandments of the same Scriptures is not the faith of which Christ spoke. True faith requires that we believe everything that God has said about Himself, but also that we believe everything He has said about us.”

I pray that we would stand firm, placing our faith in the inerrant Word of God, even when it is not the popular thing to do. When we place our faith in Jesus Christ, we are risking something. As a dear saint once prayed, “We will not offer to God offerings that cost us nothing.” Are we willing to risk all for the sake of the Gospel? William Tyndale did, and because of his sacrifice, we are able to own a Bible in English. Today, I give thanks for the Christian martyrs who have gone before. I pray that I may also be found faithful.