What Do Our Actions Say? 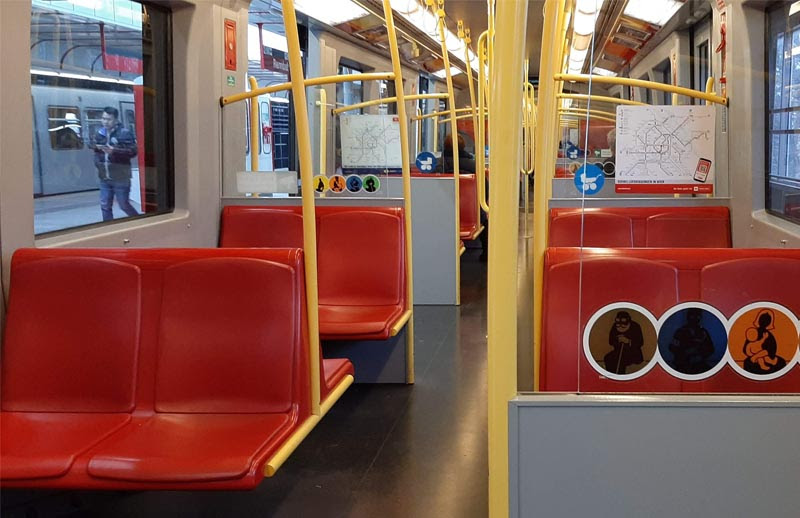 My U-bahn ride each day is a time when I am quiet, and so I believe that God uses that ride to show me things that I would normally miss. On a recent trip, I was sitting facing backward on the aisle. Across the aisle from me was a young man listening to music and checking his cell phone. When we made a stop, a high school student entered the train. I noticed him looking around, and when he saw the man sitting across from me, he quickly walked our way. He had a huge smile on his face, obviously relieved that he had found someone that he knew. The man who was intent on his cell phone briefly looked up and acknowledged his friend. But then he immediately looked down again, ignoring the new passenger.

The look on the student’s face immediately changed from joy to despair. There was a visible change in his body language, as he slowly sat down, leaning forward with his head hanging toward his lap. He had been so pleased to find someone whom he obviously had considered a friend only to find that he was being completely ignored. I wondered if the man with the cell phone realized what his action had done at that moment.

I got to thinking about whether I have ever done something like that. I remembered when I first became a school administrator over 15 years ago. I was frequently interrupted while I was in the middle of completing some paperwork. The person didn’t always knock or even excuse themselves and ask if this was an okay time to come in. Many times, they just walked in and started talking. At first, I was so intent on finishing up what I was doing that I would continue my typing until I got to a good stopping point. I didn’t mean to be rude or anything – well, at least that’s what I told myself. I was super busy, and time was precious.

One day, God spoke to me about what my actions said to those whom I supervised. It was obvious that I considered my task more important than what they had to say. I repented of my selfish attitude and actions and made a decision to change. In front of my desk I set up some chairs facing each other. Every time someone walked into my office, I immediately got up from my desk chair and walked around my desk. I invited them to have a seat, and I sat down facing them, giving them my full attention. This action changed my relationship with those whom I worked. Just one small change made a big difference.

Have you thought if you are doing something similar with your children? Or your spouse? Or someone at work that loves to interrupt you? Do you keep reading that post on your phone? Do you continue to check Facebook or email? Or do you put it aside, physically move closer to the person who has entered your space, look them in the eye, and talk with them? Had the man on the U-bahn taken his earbuds out of his ears and closed his phone, his young friend would have begun his day feeling appreciated and accepted. Instead, he went off to school rejected and alone. Let’s take every opportunity that we have to invite others into our space and show them that they are valued and loved. I believe that even such a small gesture can change a relationship or change someone’s day. Give it a try!

Because of His Faithfulness,
Sharon C. Brobst, EdD
Director